EuroSim is a Model European Union (MEU) event. It is an annual international, intercollegiate simulation of the European Union, bringing together 200 students and faculty from more than 20 colleges and universities in the United States and Europe, offering participants a unique opportunity to work and learn in an exciting multicultural environment. In addition, by bringing American and European students together, EuroSim provides students with first-hand experience in transatlantic relations. Each EuroSim event has a specific theme related to the real-world policy agenda of the EU, helping students to deepen their knowledge of the EU and hone their public speaking, negotiating, leadership and diplomatic skills. EuroSim takes place over four days with its location rotating among host institutions in Europe and North America.

Between 4 and 7 January the Institute for European Studies hosted the 31st edition of EuroSim in Brussels. Participants were tasked with negotiating on a Commission proposal for a regulation on implementing an Entry-Exit System (EES) as part of its wider policy of border management in the EU. Negotiation sessions were complemented by a line-up of distinguished guest speakers: IES President Karel De Gucht delivered the opening keynote on the current and future challenges for the EU, Catherine Jasserand (University of Groningen) delivered a lecture on the legal and ethical issues raised by the collection and the further processing of biometric data, while Superintendent Kenneth Pennington (Royal Ulster Constabulary) discussed demilitarisation and border management, and the impact of Brexit on the Northern Ireland border. 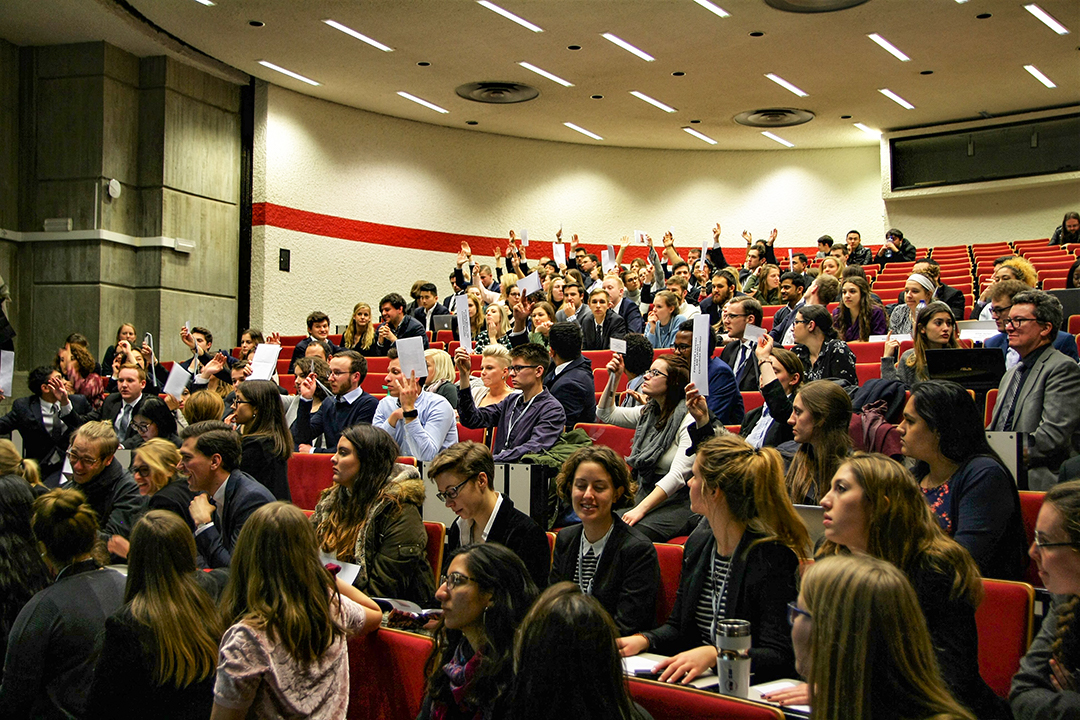 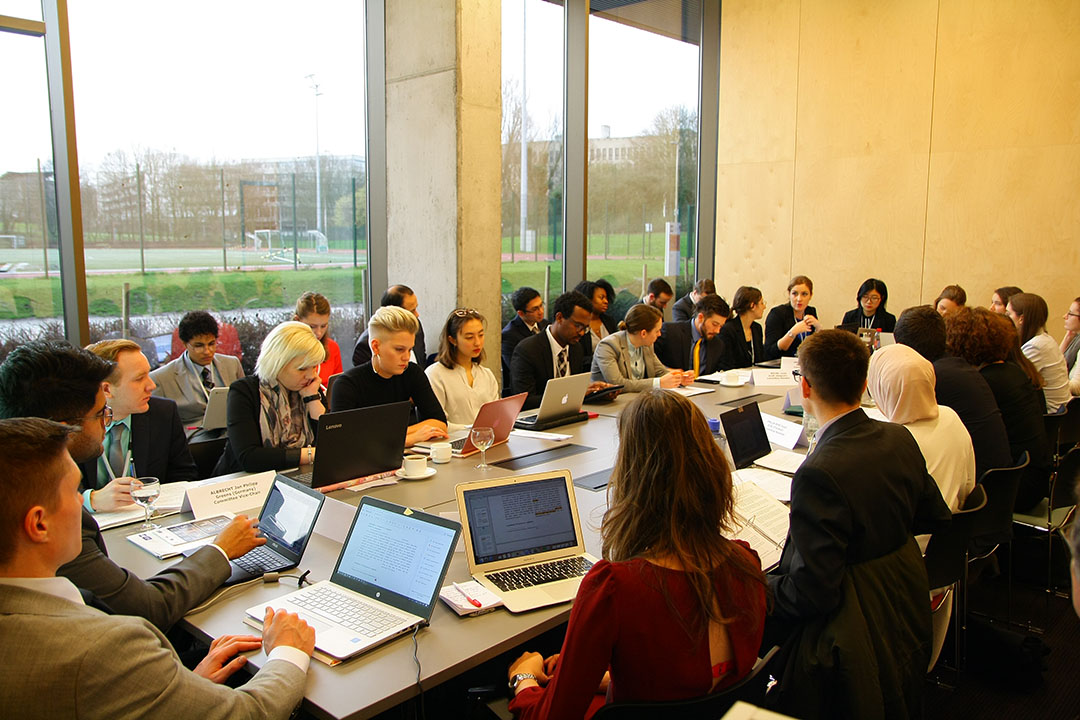 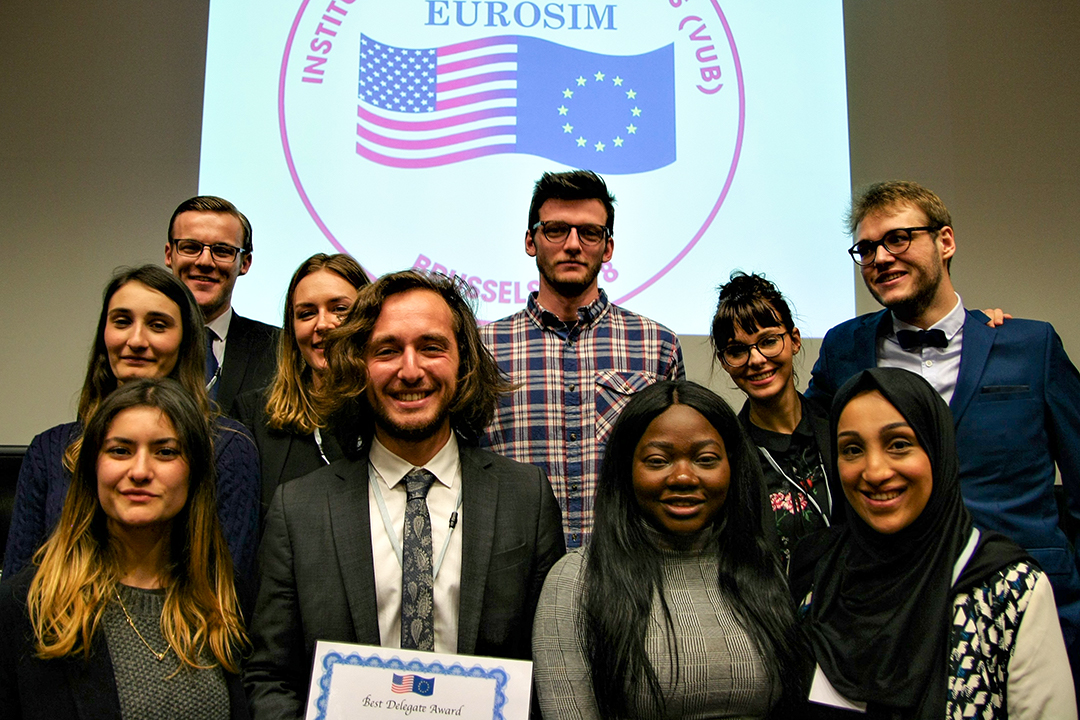 After successfully hosting the 31st edition of EuroSim – a Model European Union that brings together around 200 students from the US and the EU to simulate the legislative process of the European Union – the IES participated with its own delegation of students for the US edition that was hosted at the St. John Fisher College in Rochester, New York between 28 – 31 March. Selected across all three programmes, the Institute’s delegation negotiated together with peers from 20 different universities and colleges the EU’s next Multiannual Financial Framework (MFF). From their respective alter egos they held on to the positions of Heads of Government, ministers or MEPs in a four-day negotiation marathon at the end of which a compromise could be successfully achieved. The EuroSim conference completes the exhaustive theoretical education the IES is delivering through the LLM, MSc and PGC programmes by adding a sought-after practical dimension of active and experiential learning where students have the opportunity to solve problems and be confronted with real-life scenarios. Through its transatlantic nature, the event adds an important cultural and social component as well, with long-term impact and benefits for students on both sides of the Atlantic.

Aside of the EuroSim conference, the US tour organised by EDU’s Silviu Piros included also two study visits in New York where the students had the opportunity to further discuss the EU’s role abroad, EU – UN relations, and to visit the United Nations headquarters. The first study visit included a meeting at the EU Delegation to the UN, where the group was received by Ambassador Gustavo Martin Prada and discussed some of the challenges the EU is currently facing in its support for the multilateral system, given the current internal and external threats such as the looming Brexit, the current political climate in the US and the rise of populism. The second visit took place at the UN itself, giving the group the change to visit the premises of this unique and truly global organisation with a rich history and noble mission.

This opportunity was made possible with the support of the Erasmus+ programme of the European Union, as EuroSim is one of the core activities of the Jean Monnet Chair EXACT led by Prof. Florian Trauner. Now in its 30th year, the programme supports a variety of educational activities that have European studies built at their core, and the Institute for European Studies is proud to have been a longstanding partner of the programme, running currently no fewer than five different actions, each aiming to further develop and innovate teaching and learning in the field of European Studies. 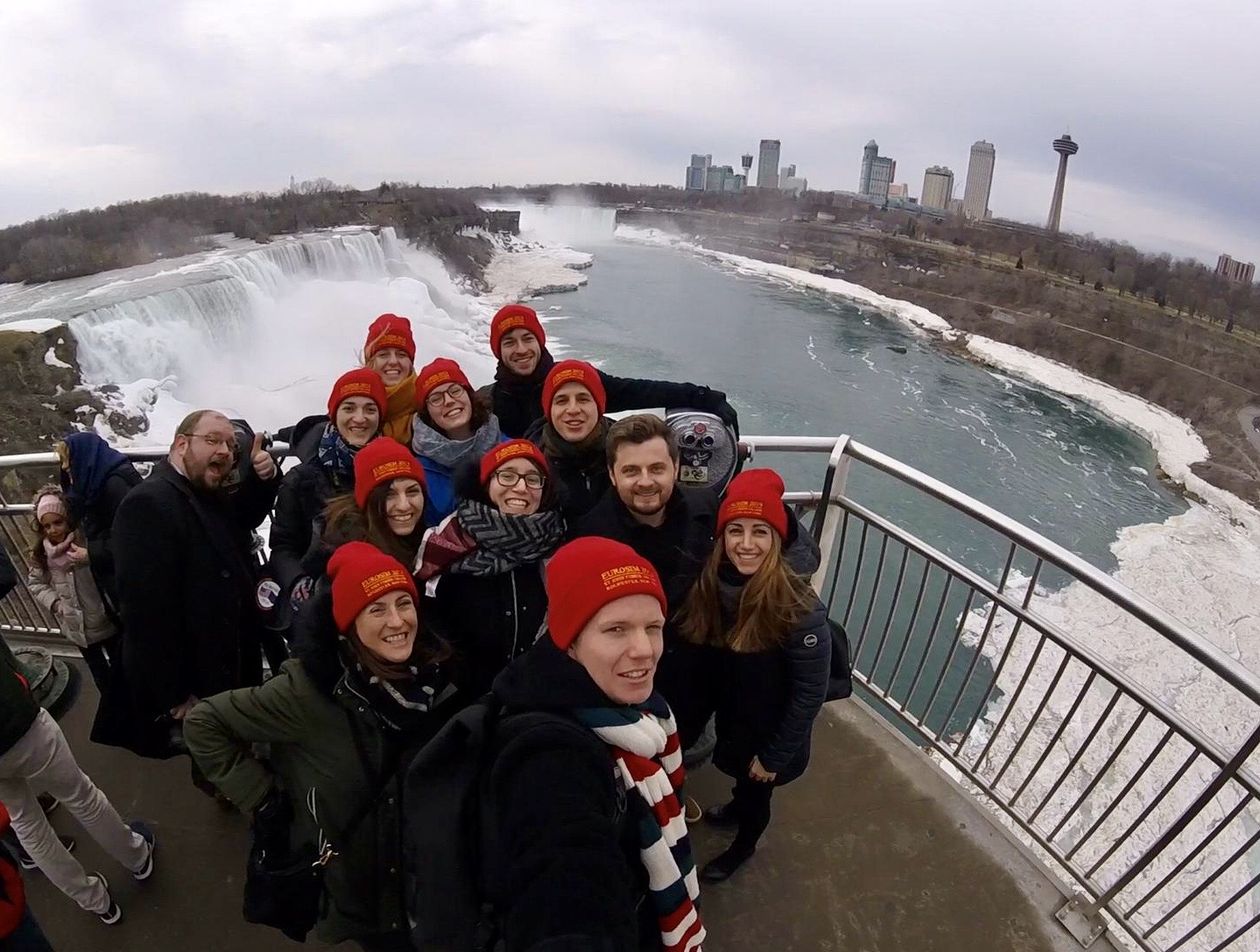 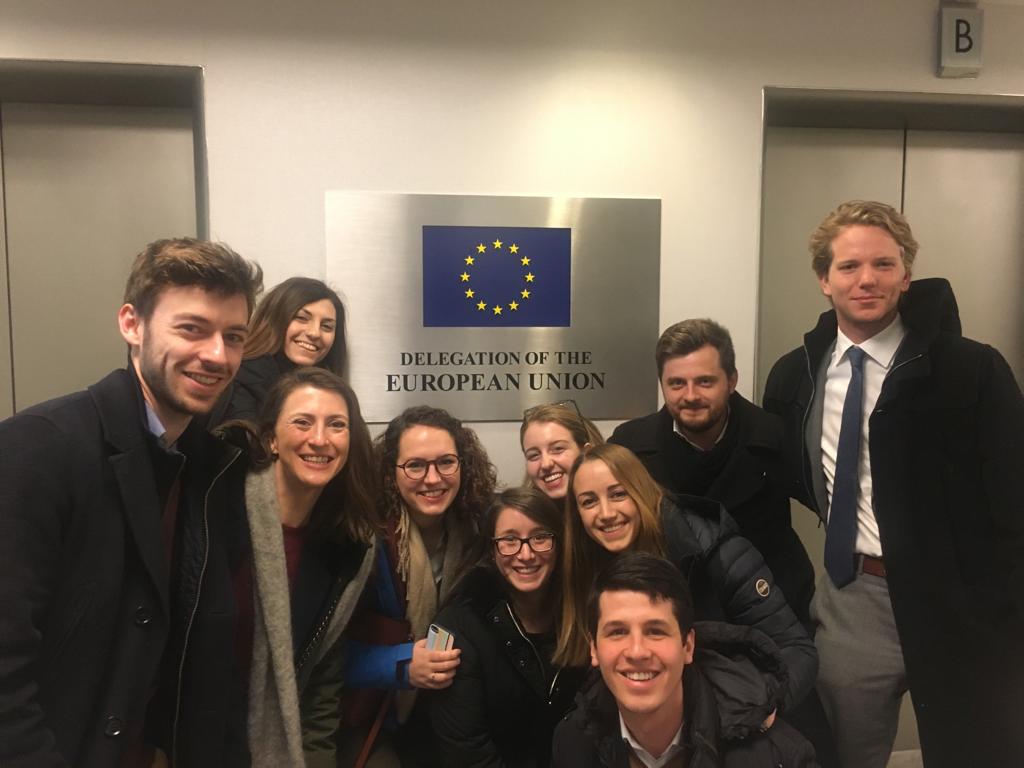 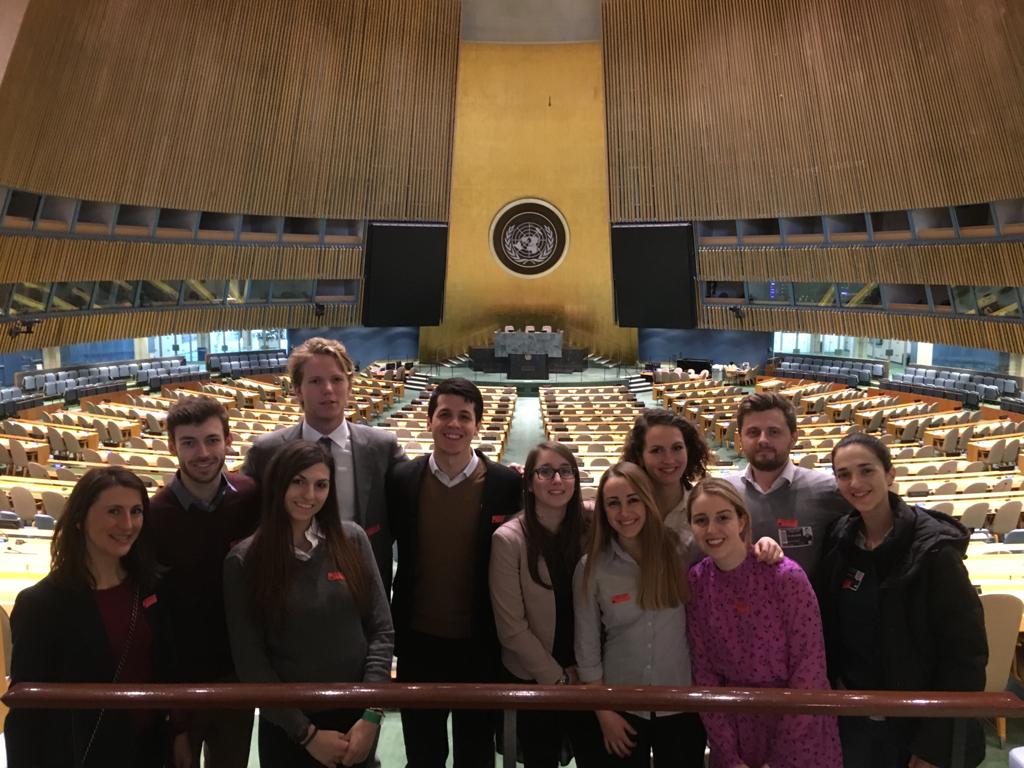