Prof Florian Trauner frequently organises events in the context of the EXACT Jean Monnet Chair. Below is an overview of both upcoming and past events. Some have a direct link to the Chair's topic of counter-terrorism, others are more indirectly linked because of their substantial educational component, or because they provide valuable output (e.g. on topics such as radicalisation or migration and minorities) that reinforces the activities of the EXACT Chair.

DEVELOPMENT AND DEMOCRATIZATION IN THE NEW GAMBIA: AFRICAN AND EUROPEAN PERSPECTIVES (18 Jan 2019) 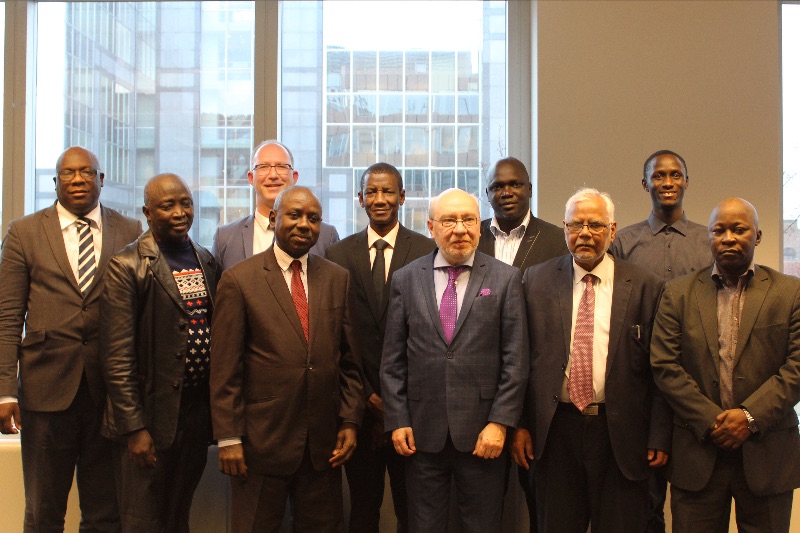 On 18 January Florian Trauner organised and moderated a Policy Forum featuring Mr. Badara A. Joof, the Minister of Higher Education, Research, Science and Technology of The Gambia and Prof. Dr Faqir Muhammad Anjum, the Vice Chancellor of the University of The Gambia (UTG). Topics discussed included The Gambia’s perspective on the linkages between development cooperation and higher education, the ways in which the new government is overcoming development challenges relating not only to education but also migration, and lessons The Gambia can learn from European higher educational systems. 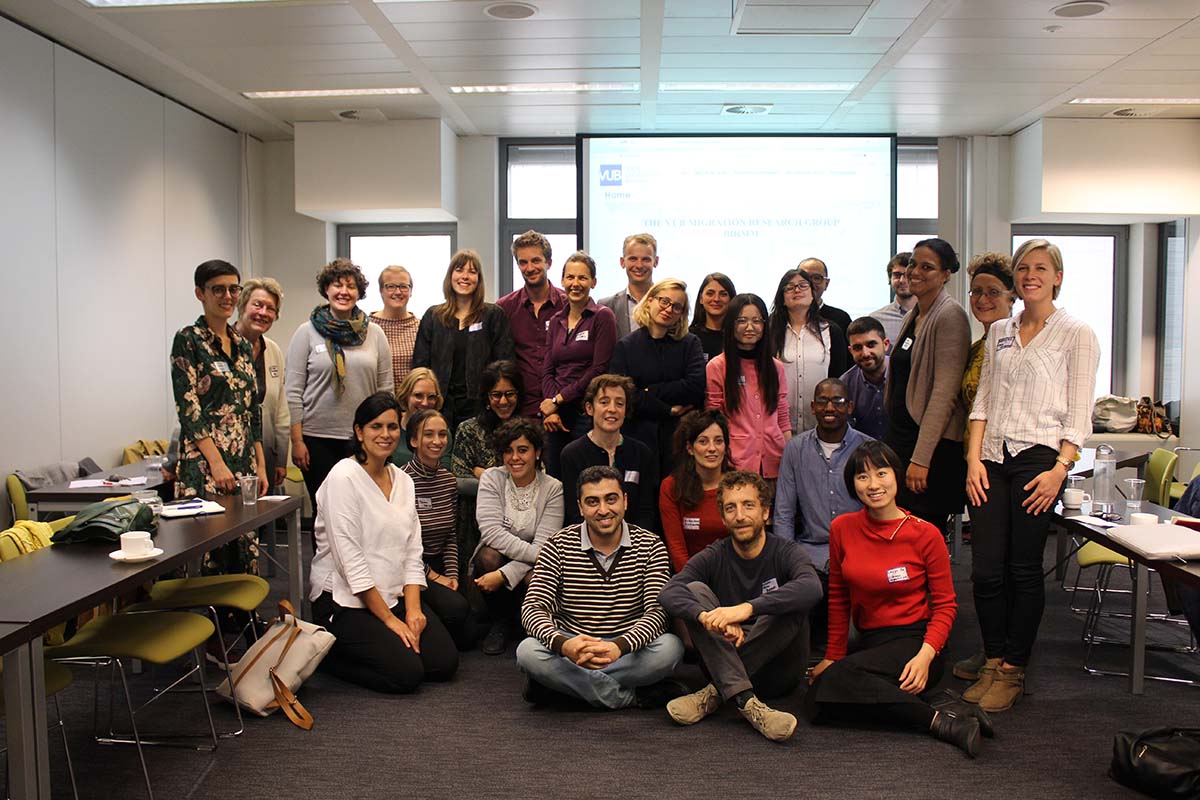 On 19 October 2018, the Migration, Diversity and Justice cluster of the Institute for European Studies organised the kick-off and internal networking meeting of the new VUB’s Brussels Interdisciplinary Research centre on Migration and Minorities (BIRMM). BIRMM gathers over 90 VUB researchers from 10 disciplines working on migration and diversity related topics, mostly in social sciences (sociology, political science, communication science, criminology), history, philosophy and law. BIRMM is coordinated by Prof. Florian Trauner and Prof. Ilke Adam and a board of delegates with one representative per research centre or department. More on BIRMM >>>

15 YEARS OF ENLARGEMENT - GROWING TOGETHER, MOVING APART? (16 OCTOBER 2019) - Panel discussion in the context of the VUB Europe Day
More information >>> 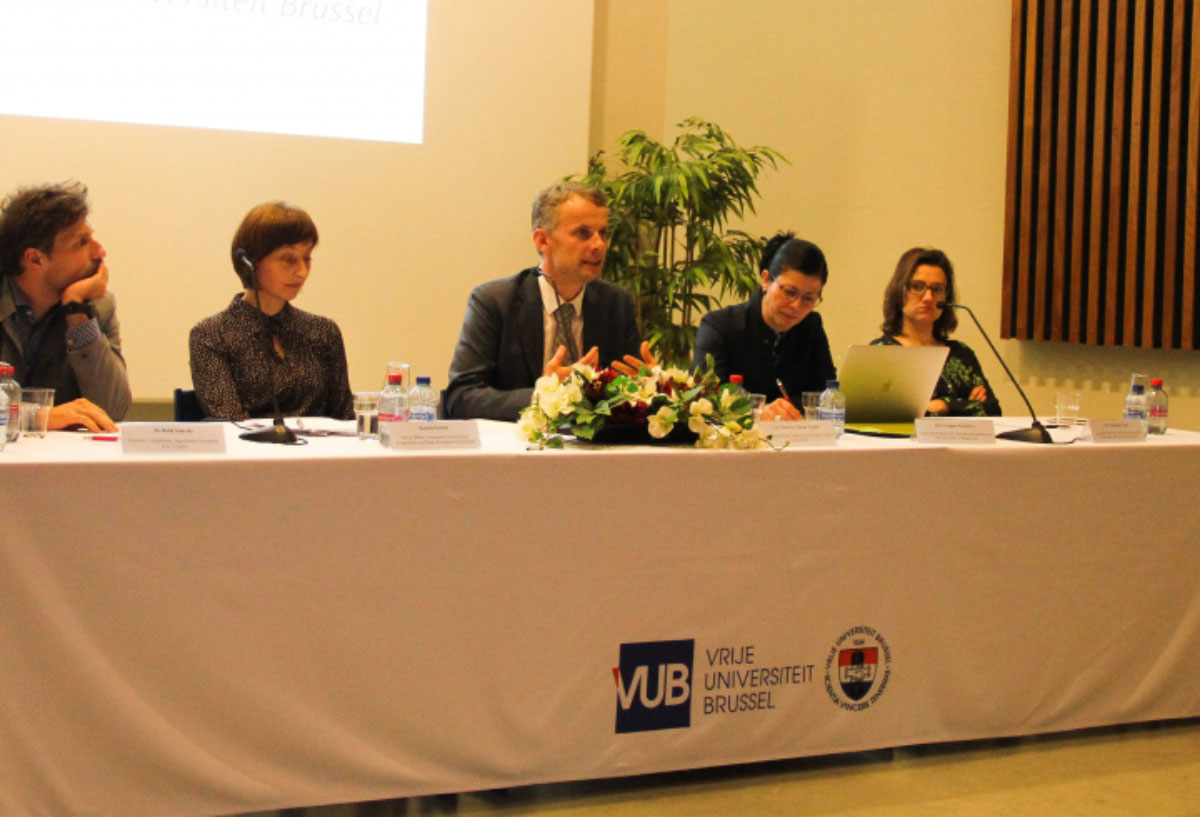 Part of the EU day programme was an academic panel debate, organised in cooperation with the Institute for European Studies at VUB (IES), the Jean Monnet Chair and International Relations Office. The debate focussed on “15 years after enlargement, are we growing together or moving apart?”, with opening comments by IES’s Vice Dean for Research, Professor Alexander Mattelaer, and Dr Rado Genorio, Ambassador of Slovenia to Belgium. The panel debate was chaired by Jean Monnet Chair at IES, Professor Florian Trauner and the panel itself included Ms Kamila Partyka from the European Commission, Professor Gergana Noutcheva from the University of Maastricht, Professor Amandine Crespy from the Université Libre de Bruxelles (ULB) and Dr Rafał Szmytka from Jagiellonia University in Poland.